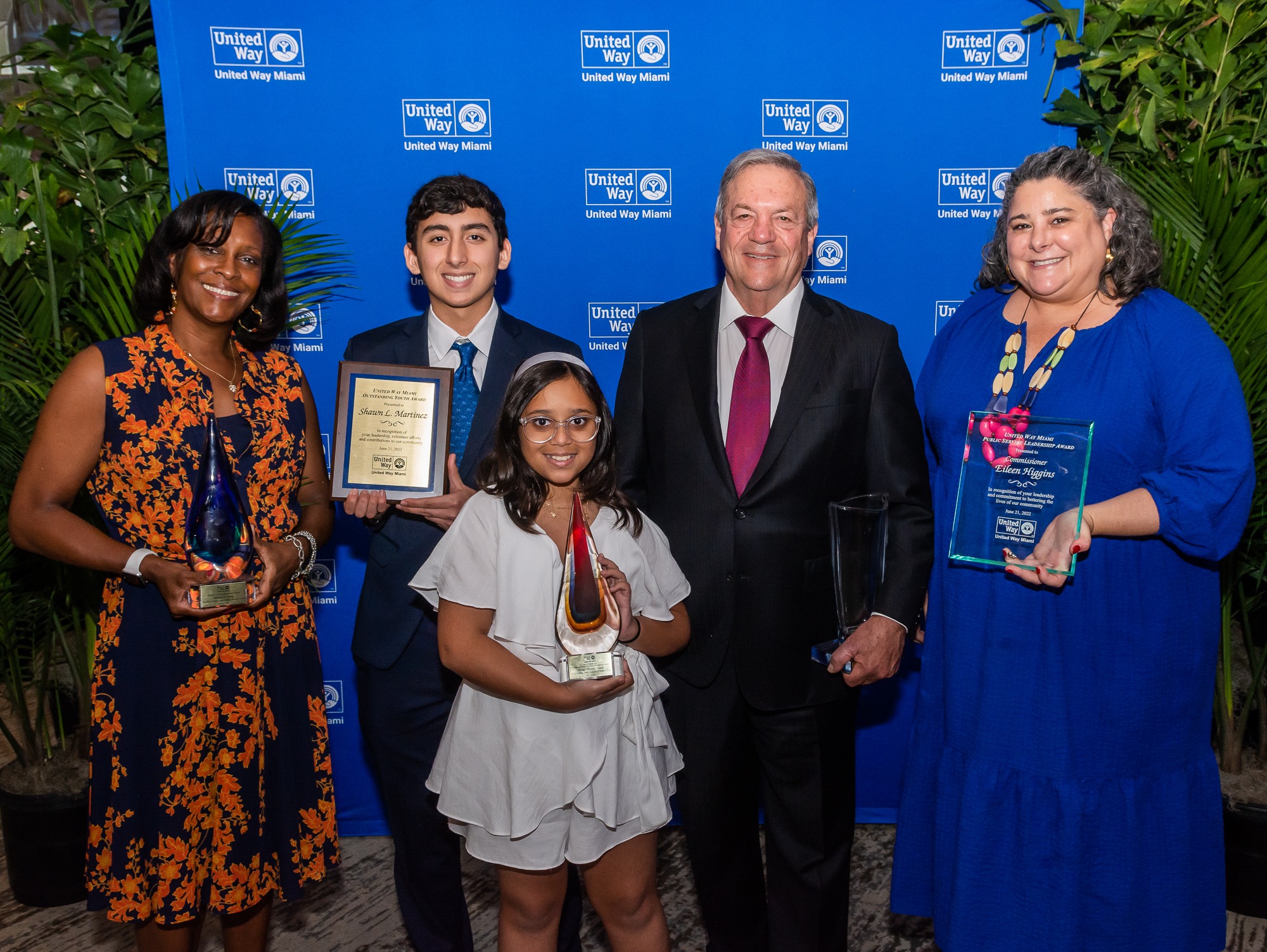 Throughout the year, United Way rallied nearly 3,000 volunteers who gave over 3 million hours of their time to create meaningful change. Every year United Way recognizes extraordinary volunteers who demonstrated an unyielding dedication to community service by improving the lives of others through education, financial security and health for children, families and older adults in Miami-Dade. Honorees included:

Today and throughout the year, community members are invited to join United Way by volunteering. Those seeking to volunteer should visit volunteermiami.org, Miami-Dade’s central community service hub offering volunteer opportunities to people who are passionate about creating meaningful change in our community.