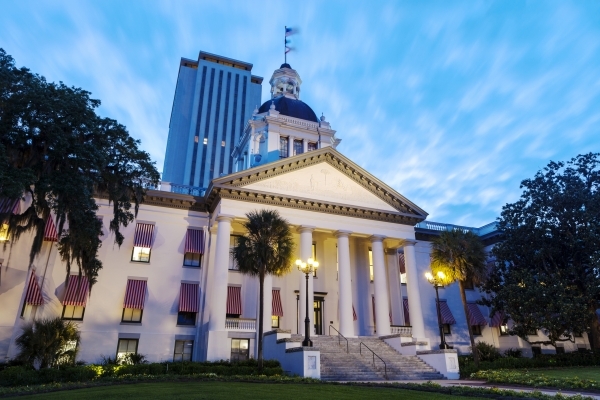 There are two weeks left until the end of the 2019 Florida Legislative Session. Next week, lawmakers will begin the budget conference in order to achieve the 60-day mark on May 3.

The United Way ALICE Study of Financial Hardship provides a framework, language and tools to measure and understand the struggles of the growing number of households in our communities that do not earn enough to afford basic necessities. This population is identified as ALICE (Asset Limited Income Constrained Employed). ALICE households have incomes above the federal poverty level (FPL) but still struggle to afford basic household necessities, such as housing, childcare, food, health care, technology and transportation. This “household survival budget” as defined by the ALICE Report is a bare minimum monthly budget.

Florida United Ways policy agenda prioritizes the challenges ALICE families face in Florida and aligns with UWs’ current impact areas: financial stability, education and health. High housing costs make it harder for families to save for emergencies and they end up spending less on healthcare, childcare and education. Recognizing the importance of housing, Florida United Ways prioritized the need to address affordable housing and advocate to the full funding of the State’s Affordable Housing Trust Fund as part of the 2019 Florida United Ways Consensus Legislative Agenda.

Both the governor and the Senate propose a significant step forward in mitigating Florida’s affordable housing crisis by fully funding the Sadowski Housing Trust Fund at $331.9 million. The House, however, proposes a $200 million sweep of funding targeted for affordable housing programs, maintaining the current year funding level of $123.6 million for the trust fund. In the House budget, the $123.6 million left after sweeps would be used only in areas impacted by Hurricane Michael. This means that all other municipalities would receive no funding for affordable housing. The Senate’s budget proposal preserves $232 million for regular housing programs, while allocating $100 million for hurricane-impacted areas.

The commitment of the Florida Senate and governor to fully fund the Sadowski Housing Trust Fund is the first significant step taken in over a decade. More than $2 billion has been swept from the Sadowski fund since FY 2002, resulting in 94,000 foregone affordable housing units. The Sadowski Coalition estimates that full funding in 2019-2020 would result in over 28,000 jobs and $4.1 billion in positive economic impact.