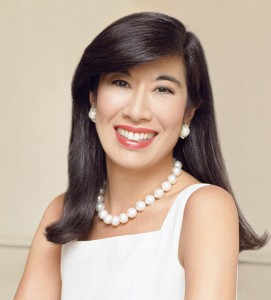 Andrea Jung, named by Forbes magazine as one of the Most Powerful Women in the World, will be the featured speaker at our 17th Annual Women United Breakfast in January 2018. As president and CEO of Grameen America, Ms. Jung is focused on scaling the organization to solve economic issues for women and their families across the country. To date, Grameen America has invested over half a billion dollars in low-income women entrepreneurs across the country. Ms. Jung is the former chairman and CEO of Avon Products, Inc., where she served as CEO from 1999 through April 2012, and as chairman from 2001 through December 2012. Throughout her professional career, she ranked consistently among the top leaders on lists including Fortune magazine’s Most Powerful Women in Business and Financial Times’ Top Women in World Business.

Ms. Jung is a graduate of Princeton University. She is a member of the Board of Directors of the General Electric Company, Apple, Inc., and Daimler AG. She also serves on the Committee for Economic Development, an independent, nonprofit, nonpartisan American think tank.